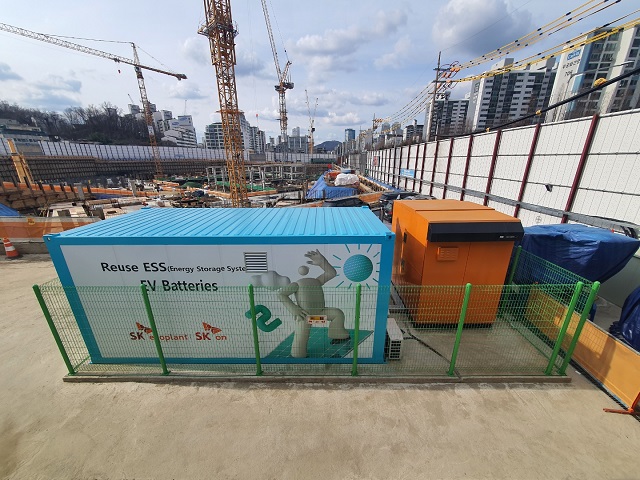 This photo provided by SK ecoplant Co. shows an energy storage system (ESS) made from used batteries at an apartment construction site in Anyang.

The facility is located at an apartment construction site in Anyang, Gyeonggi Province. The two companies plan to demonstrate the installation for two years in a joint operation.

Of particular note, this project implemented an ESS consisting of used batteries on a trial basis after obtaining a regulatory exemption from the Ministry of Commerce, Industry and Energy.

SK It is envisaged to develop safety standards for the use of used batteries by various operations and verifications of this project aimed at promoting effective commercialization.

“In addition, it would help reduce carbon emissions by solving environmental problems caused by used batteries from electric vehicles.”